“The border between Mexico and the United States spans four U.S. states, six Mexican states, and has over twenty commercial crossings. The long border between the two countries means that peace and security in that region are important to the U.S.’s national security and international trade.”

The integration of the global economy means new methods and experiments need to be tried. The Hamilton Institute calls for the formation of global corridors in the U.S. where multiple cities are lobbed together to create a larger economic impact. I will use two examples to show the success in this way of thinking. One, I will use is the San Diego-San Ysidro-Tijuana corridor which is home for me. The other is the Detroit-Windsor corridor which in up north at the U.S-Canada Border. These combined resources will help to boost the economic outlook in the long term in strengthening the G.D.P. 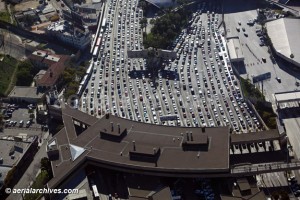 The San Diego-Tijuana Corridor is the largest border crossing in the world.  Between 25 million vehicles and 100 million people enter the United States every year and if you want to walk across the border it could include a two-hour wait. Tijuana is the second most visited city in the western hemisphere with New York City being number one. This will help prop up and spread the experiment of the super-corridor.

Technology, biotechnology, cyber security, military contractors, maritime, and manufacturing clusters will be the engine of the combined cities. This new corridor will include multiple cities and business areas which will boost the population to 6.5 million people to create a new mega region in North America. 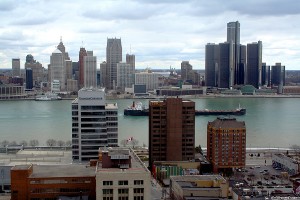 Detroit Windsor corridor is one of the Quebec City-Windsor mega region and the staple to the north in terms of the economy. It has a combined population of 5.7 million people and the latter is least 18 million people by a 2011 census. The Detroit-Windsor corridor is a technological powerhouse which is in the running for developing nanotechnology, biotechnology, information technology, and hydrogen fuel cell/clean tech. It is the home of the big three automakers in the U.S. were two auto firms (General Motors, Ford) are in the U.S and one in located in the Windsor area(Chrysler Canada Headquarters).

This help cooperation between the regions because just because just your in one region does not mean you cannot you work with other regions.  Silicon Valley/Detroit collaboration in the future of transportation is the engine of growth and innovation. The region is heavily talented with the R&D, Universities, and the companies to make it happen. The only thing from making this region from exploding is the role and backing of the U.S. Government. 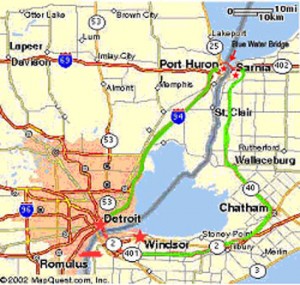