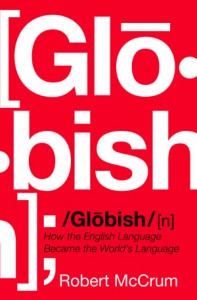 “Is an overwhelmingly economic phenomenon—the language of Singaporean businessmen closing deals with the help of a small arsenal of English words, and of European officials calming financial markets by uttering stock phrases on television.”

Globlish can dissolve borders and tensions between people because they can speak the same language. It will help for people to understand and learn from each other. Also, they could communicate to each other the political and cultural mistakes that they made which would help new economies develop. They would do some much good not only to the U.S. but the global economy. 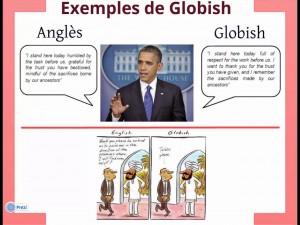 This picture above shows the simplicity that happens when Globish is used when compared to the Full English language. Frederick A Allen quoted Michael Sakpinker in FT that said:

“When a Japanese employee met a Belgian, a Chilean and an Italian, they managed. None spoke English brilliantly but each knew the others were making mistakes too. When an American or British manager walked in, everything changed. The native speakers talked too fast and used mysterious expressions.”

Globish is opening doors all over the world.

This chart from the show the English as the First Language Initiative shows the most impoverish and violent nation are the nation outside the English Language.

I’m leaving this quote from “Globish for Beginners” which states the opportunities of having Globish spreading around the world.

“With Macaulay’s backing, schools instructed Indian students in English, a language that offered “ready access to all the vast intellectual wealth, which all the wisest nations of the earth have created and hoarded in the course of ninety generations,” whereas Sanskrit and Arabic offered only “false taste and false philosophy.”