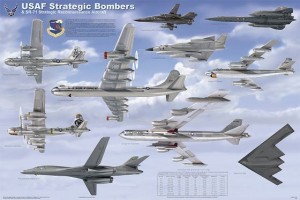 This is the second in a three part series to make the U.S. Military non-competitive in this globalized economy. The U.S. Armed Forces are still the number one military power in the world. No nation has the technology, arms, or ability needed to invade or challenge the U.S. This looks at the previous post about merging the branches to protect the security and interests of the United States of America. The U.S. is going to have to do massive upgrades to its sea and airlift capabilities. America’s force projection is going to get unreal and powerfully.

The U.S. is heading into an unprecedented age of globalization, technological unemployment, and disruptive start ups. The U.S. Military has a great role in advancing not only engineering, computer science but medical science (which they are only now but at a greater role). This not only advances national security which is always viewed from the external angle but never from an internal angle. This helps because a prosperous and economically secured America can handle any threat thrown at it.  When viewed from an internal view, it makes the U.S. almost invincible in term of the resources it can yield.

This is a new paradigm in air power:

“Looking forward, these changes have greatly increased the proportion of BVR [beyond visual range] engagements and likely reduced the utility of traditional fighter aircraft attributes, such as speed and maneuverability, in aerial combat,” he continues.

The most provocative observation is the following:

“The increased importance of electronic sensors, signature reduction, RF [radio frequency] and IR [infra-red] countermeasures and robust LOS networks in building dominant SA [situational awareness], and the potential reduced tactical utility of high speed and maneuverability could mean that, for the first time, the aerial combat lethality of large combat aircraft may be competitive or even superior to more traditional fighter aircraft designs emphasizing speed and maneuverability.”

“[I]t is possible that the desirable attributes of future air-to-air platforms may be converging with those of long-range ISR/strike platforms, or that at least large aircraft with good low observable (LO) characteristics may be able to give a good account of themselves in aerial combat. If this is true, then a sixth-generation “fighter” may have a platform that is similar to a future “bomber” and may even be a modified version of a bomber airframe or the same aircraft with its payload optimized for the air-to-air mission.”

“What are the implications of this? According to the author, the Pentagon needs “to cast a much wider net in the development of future air combat operational concepts, sensors, weapons, and platforms, which would include examining ‘radical’ departures from traditional fighter concepts that rely on enhanced sensor performance, signature control, networks to achieve superior SA, and very-long-range weapons to complete engagements before being detected or tracked by enemy aircraft.”

This means instead of the base foundation that was put together by the top Generals in the DOD (including General Colin Powell). It was the location of the base meant a significant role for U.S. Foreign Policy.  Pomcus means bases are valuable but the whole world is at reach now with drones, missiles and new technology to be released. Basing rights will be for human crews to rest and it shifts into the pom-cus Foundation where massive amounts of material will be stored outside the U.S. for use in national security, humanitarian, and contagion events. The U.S. is going to have to do massive upgrades to its sea and airlift capabilities.

The blending of cultures of the USAF and the US Coast Guard will help retention in the U.S. Navy where people want to be in the Navy but the recruiters don’t take the time to find out what job these future sailors want. The promotion system will be upgraded as well to help people stay in the Navy longer and become more productive in the Naval Forces. The whole upgrade for the U.S. military will upgrade the defense industrial base which will help stimulate the economy, R&D, and the private sector all at once. Thus, creating a massive injection of jobs into the U.S. homeland and abroad. 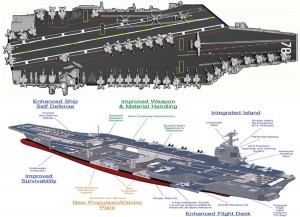 U.S. Aircraft Carriers are going to get a lot bigger to handle and size, weight, armaments, and crew to maintain the upgraded fleet. The range for America’s Air and Naval forces become unlimited because of the interoperability of the fighter jets soon to be Bomber/Fighters – Bomber/Bombers that strengthens not only the U.S.’s defenses but it also helps the civilian air flight were military technology that is no longer needed or outdated can be given to the private sector. Bases and Carriers will become intertwined where U.S. Air Force pilots can use the carriers as the Naval Aviators had the advantage where they could use both (Bases and Carriers.) 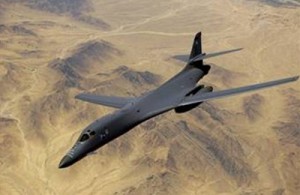 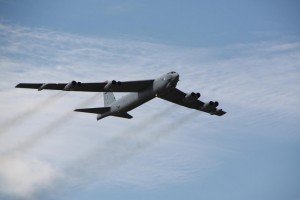 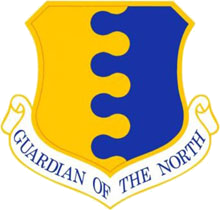 This is something to look at and I would stay at least in terms of numbers!

“The insider could envision a future fleet of around 400 bomber-like multi-role aircraft constituting the core of America’s airpower in the 21st century: “What I find most compelling is the idea that we could develop a single, large, long-range, big payload, stealthy aircraft that would comprise the future United States Air Force’s combat arm.”

Adios, Top Gun: The End of the Fighter Jet? 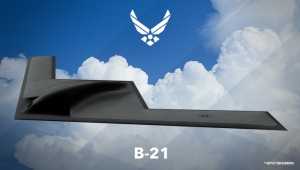