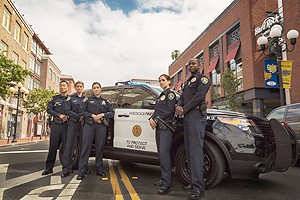 This post I’m not going to use any references or links to other pages to discuss this post. It’s a post on an issue that is not unsolvable or doomed to repeat for generations. The Police are needed and to be respected but we need better policies to prevent peace officers becoming tactical 24/7. The free market approach to the criminal justice system is now an anti growth policy. This affects the economy, communities, and the reputation of the United States. This blog post will lay out a way to resolve this issue for once and for all.

Ferguson, Baltimore, and the tragic losses of Tamir Rice, Michael Brown, and Freddie Gray. The first issue is the (suppose) pathological nature of black men and communities that are a pumped through the media. The issue with black neighborhoods is the absence and leaving of individuals who would comprise the black middle class. The black middle class is 1 trillion dollars but none of that s going to revitalize black neighborhoods, black schools, black colleges, and forming black corporations.

The second issue is the heavy metal contamination in the black community such as lead, mercury, and arsenic. Children born in these neighborhoods are unable to compete in the economy which that creates a lower, inferior, and different mindset that affects inner city black communities (especially black men). This breeds (why should I try) in the minds of at risk black youth. If an environmental and renewal program that hires these youth to knock down and rebuild their communities. The effect on the black unemployment will drop and the skills acquired by youth will help them move on to other fields. 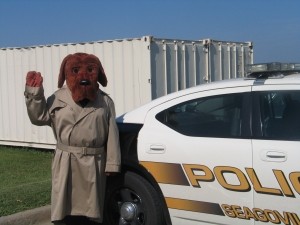 The government paying people not to shoot each other, paying schoolchildren to get “A’s” and staying on the honor roll, dean’s list, and going to college will help get young children into these new technological clusters will destroy the chronic unemployment which cannot be absorbed by the economy. This will help drop the inmate recidivism rate where because of how the penalty for felonies is defined. You cannot get certain jobs, can’t vote or re-educate yourself. This how you can reconstruct black neighborhoods where you could return the black middle class to further reduce the disparity.

The reforms being proposed for the U.S. Criminal Justice system are good and a start but it is a beginning process of undoing decades of harm and injustice. Another option no one is talking about is having black business people join the Fraternal Order of Police. The problem in black neighborhoods is the perception of just thugs, drugs, and prostitutes. One credit I give Fox News and the conservative media is the highlight of black businesses during Ferguson and Baltimore. No one talks about building loans, grants, credit to develop these businesses in black neighborhoods. 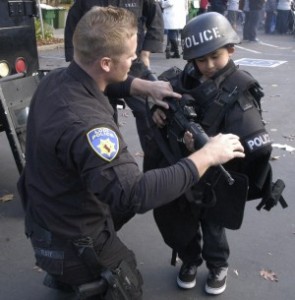 This will help get at risk communities all over the country into this new technological age where no one can say that no one cares.