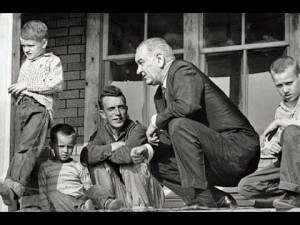 The war on poverty is often debated, praised, and criticized in the United States. I’m going to take a different approach to the war on poverty that is never really talked about. The fundamental restructuring of the U.S. economy by exporting the old industries out of America. Replacing them with new industries in space, telecommunications, computer technologies and computer languages. This was in the 1960’s, the whole war on poverty was to raise the standard of the population(wages, salaries), create new industrial clusters, and exploit old industries to newly freed colonies to help them develop their economies in the struggle against the Soviet Union.

This is a first of a two part series on the attempted transforming of the U.S. government to better support the economy.