In the news all week was the possible finding of an alien mega structure. This news item brought up a topic that I tried to get started at Arizona State University. At my Alma Mater, I was trying to start a student group that focused on the topic and it was called “T1C” for Type 1 Civilization. There are three different civilizations that described by Nikolai Kardashev who was an astronomer in the Soviet Union. Now I know everyone talks about type IV and V civilizations but I’m staying with the original theory. We still don’t know what a true Type 1 Civilization really is because people can’t predict what the United States is going to look like five years from now. This would be great for the U.S. to continue to fund its military budget (I argue to raise it for scientific reasons) but raise the proportion of the U.S. science budget. A focus on T1C could yield major technological innovations and benefits for not only the economy but humankind its self. 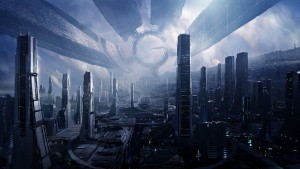 This comment from Peter Diamandis’s “Back to the Future” article is a great start toward the thinking we need to adapt in the long run.

4 thoughts on “Type I, II, III, IV and V Civilizations (A great plan for the global economy)”