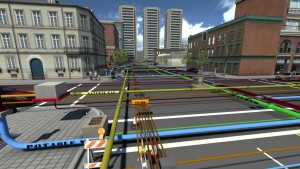 The debate about the crumbling and outdated infrastructure of the United States is a crisis. The country’s infrastructure which gauges the health of the nation is at risk of hindering development and quality of life. The U.S. has to take the lead on getting a 21st-century infrastructure in place to accelerate the development of the economy. Making the American Financial Sector well capitalized with people investing and making money work for them which in-turns strengthen the economy. Following the situation in Flint, Michigan and the long term damage, it is doing not only to the image of the U.S. but to the welfare of the citizens of that town that needs medical treatment for the rest of their lives. We have to begin the process of upgrading our infrastructure to stop the bleeding in American Cities.

To prevent another Flint, Michigan, I-35W Mississippi River Bridge collapse and looming cyber attack on the U.S. infrastructure. Brian Sheets who is CEO of SKYRON Systems Inc, laid out a plan to help get the ball rolling on the badly needed upgrade.

By moving the energy grid underground and starting there can create opportunities of other areas that are of concern to policymakers, construction firms, and corporations:

A piecemeal approach to tackle the tough problems in infrastructure will help put the faith back in politics. The confidence of the nation will rise and the political battles in the future will become to be seen not as a position of strength but from incompetence. 9 benefits are outlined by Brian Sheets that would be a model for other government projects from creating a task force to move the Energy Grid underground.

Let’s get this started!