The ideas that come to mind when people think about sewage is a daily task to relieve themselves. You go into a room where it doesn’t smell very nice but you have to flush down excretions from the body. Most people think of bodily waste as something to flush down but a development in science may change how we think on sludge. This advancement can raise the efficiency in recycling waste where we could recover metal in sludge.

The metal, which is very valuable is mixed with raw sewage because of the way the public works of the city are built. There is no separate sewer for these particulates so it is piped to the main sewage line for the city. This mix makes the bio solids very valuable:

“Researcher Kathleen Smith explained that growing metals shortages could soon make sewage mining economically viable.”There are metals everywhere… If you can get rid of some of the nuisance metals that currently limit how much of these biosolids we can use on fields and forests, and at the same time recover valuable metals and other elements, that’s a win-win,” she said.” 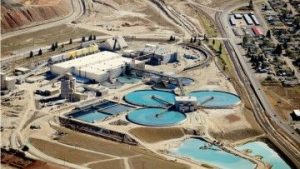 This not only can help the mining industry, farming industry but public health too. This can help spread research in other areas that will benefit mankind. The Ebola scare that went around the U.S. shows that we need to treat biological, bio-solids and certain wastes with more caution. This is again another win for the U.S. industries, farmers, and citizens where technologies will be put in place to help avert contamination.

“Today, about 60% of the sewage sludge in the United States is already spread on fields and forests as fertilizer. But there are concerns it poses contamination risks from toxic chemicals and pathogens, a subject Peccia’s lab studies. The remaining sludge is burned in incinerators or dumped in landfills.” 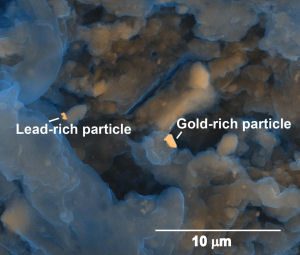 Reduction in waste and becoming more sophisticated in our pursuit of technology. We would find out that certain environments which we wrote off were because we didn’t place the right research and funding to simply solve the problem. Future generations will thank us for this.