The focus on climate change and carbon is a healthy debate for the world but this comes with a huge caveat! The net zero carbon goal is too extreme and in some circumstances is just too uncompetitive for business. For citizens, the costs of upgrading homes, appliances, and fees may not be tolerable in the long run with declining wages. Many issues are now being discussed to help transistion the economy from a cradle to grave (non sustainable, non recyclable) to cradle to cradle (sustainable, recyclable, and regenerating) to continue to have a habitable planet for later generations. I understand the alarmism and concern behind the green movement but The Hamilton Institute sees an opportunity to:

These four outlines can help use the climate change policy goals from creating more inequality and tension between people in declining energy clusters (coal, oil,) and shift them into the growing energy clusters (green hydrogen, carbon, natural gas).

Now you got it from the title and I’m going to say it again and again. You cannot have a green economy without the six most plentiful atom in the universe in the equation. CARBON!!! Without carbon in the mix is like saying you want to lose weight by stopping drinking water completely or to reduce carbon you are going to try and reduce how much you exhale. It’s just mad. 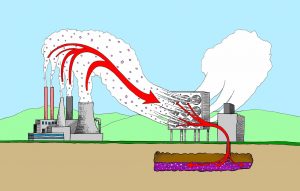 A massive up stream infrastucture was bulit because it was the cheapest, profit making, and best option at the time for the fossil fuel industrial that has over a century of infrastucture.  Converting carbon into a cradle to cradle economy that keeps the business and stablitiy together a massive down stream infrastucture needs to be built to complete a cycle. The U.S. Government can step in to help finance this aspect of the sustainabliliy. IF the U.S. and Western Governments do this it would make private industry take this much more seriously with backing to plan for this policy/investments. 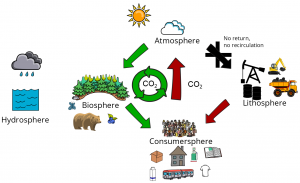 A combined upstream and downstream infrastucture will help reduce the excess emission but create a securitized carbon cycle/market.  This will pull carbon out the atmosphere while decisions are made to either recycle or sequestered for later manufacturing.  In the next article I will talk about using methane to heat up the planet while adjusting for winter and summer climate position of the planet.

Since the Keystone XL pipeline has been canceled and the rise of Blue/Green hydrogen can be turned into an opportunity for the west. A multi regional pipeline(s) pushed by the U.S. Government with Energy Majors can help the captial markets while propping up employment for an economy battered by COVID. Modifing the Keystone XL pipeline can be upgraded to carry hydrogen, methane, hybrid gases with oil will help employ eager citizens while enhancing Western energy security.